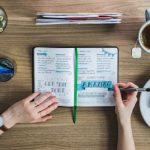 In most cases, a goal (unless you are talking football) is specific, measurable and timed, a New Year resolution rarely is.

Yours may already be a distant past. If it isn’t then well done, you have lasted longer than many. I am not a great fan of either goals or resolutions, especially at this time of year.

Winter is meant to be about recharging our batteries, not running around like headless turkeys, doing shopping, over indulging, then whipping ourselves up into action. It feels so forced to me and I want to live a relaxed life, not a stressed one. I don’t do things just because it’s when everyone else does it, or because it is fashionable. I do things because I really want to and that means I feel I succeed more often.

However, after a conversation with a friend, I had a completely different perspective about goals.  I decided to share it, in the hope it might give you an idea of what you can do, instead of the above ‘craziness’.

On 30th Dec, I was speaking to a friend about a strange dream they had had that night. It was about being a goal keeper and they had managed to save 2 goals and a 3rd ball went past them but did not end up in the net.

To me it was quite clear what it meant for them. I also realised it could apply to me on occasions, but more importantly how it might help others, from parents to sole traders and middle managers.  So here it is. I hope, it helps you and if you have any questions about this, then please get in touch, through the comment box below or email me. 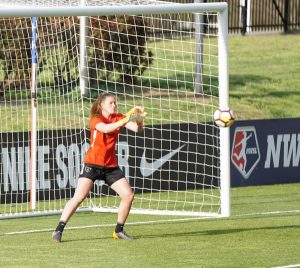 Think of the goal keeper’s role in a game of football. In order for the team to win, he/she does not have to score or to pass well, nor have any of the amazing skills the other players in the team might needed. Their primary role is ‘just’ to stop balls getting into the net. And so it is for all of us as I’ll explain.

Most of the players in his/her team actually have their back to their goal keeper and are focussed on something else; passing and getting the ball in the goal on the other side of the field.

In our life, we rarely think of ourselves as being part of a team (other than at work, maybe). Yet most of the time, things only happen because we are part of a team. Even if you are retired, live alone or are a solopreneur, you are part of a team. Think of the mechanic who sorts your car, the doctors, dentists etc who care for you if you need their help, the store assistants, travel agents… the list goes on, they are all part of our team. They are here to help us achieve what we want.  And like all the players on the field in your team, are facing away from you the goal keeper and focussed on their job, the goal at the other end of the field most of the time. Rarely are we grateful to them for the part they play in our life.

You might think that your opponents are the people in your life that aren’t doing what you want them to. However, the insight I had, discussing the dream, was that if we are the goal keeper, the opposing team is actually made up of our thoughts and beliefs. These, are made up from what other people have said about us and the feelings we have about those stories.

There are 3 reactions we can have:

In my case, and probably most people’s, a mix of those depending on who was telling the story.

For example: I didn’t believe my sister and proved her wrong, but accepted what my school report said.  At least it was so for many years, until I decided I no longer wanted that life for myself.

If you have been told that you won’t succeed- as I was, when I started my business 25 years ago- and you believe it,  you are effectively letting your opponent score a goal. As you see, I chose to prove them wrong!

The decision to accept what people say or not is often unconscious and is usually determined by whether we feel that person has authority or not.

Either way, you are choosing how you play the game.

If you are playing in a team and your goal keeper has left his/her post, in order to win, you will have to score a whole lot more goals to stay ahead of the opposition. On the other hand, if you have a great goal keeper, your team only needs to score one goal to win. The latter seems easier to me! 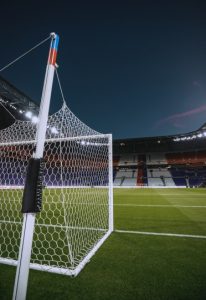 Maybe this will help you and your team win this year, especially if you have struggled in the past.

Be more aware of what beliefs and stories you have about yourself and your abilities. Are you still responding  to comments people make about you from that story. Effectively, still letting your opponent’s balls into your net of consciousness. Or are you able to see what people say for what it is, their opinion.  Remember, what others are saying about you and your life is only their perception. You don’t have to accept it as true for you.  How many “I can’t…, I don’t…, what will people think… not for me…” when secretly you would love to; are you letting get in the way of you living your life the way you want.

What kind of player do you want to be?

So for 2019 consider what kind of player you want to be and what will help your team win. Your goal or New Year resolution might not be to set a load of challenges, to do lists and resolutions to achieve, i.e. what other people are saying needs to happen. You can choose to be a great goal keeper instead. No need to rush around the pitch, micro-managing everyone in your team. You can stay relatively still and focus on what you need to do and that is; keep out the unhelpful thoughts that are sabotaging your chances of success.

In this video you can find out how challenging your thoughts about how people are expecting you to be, or how they think you should behave, might help you reach your goals and your dream life.

As I say before most of my presentations: “Its YOUR life you should have it how YOU want it”!