Spring has come, this is the natural way of life. 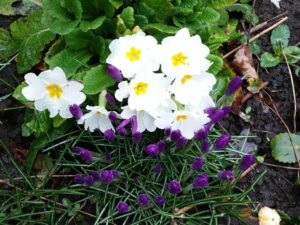 Change though natural, normal and vital, is something we humans struggle with.

We often fight change and want to keep things the same to help us feel secure. But this is a topic for another post.

With the change in season, we become more susceptible to illnesses such as colds and flue.  Also as discussed at the death café this is the time when more people die, not in the winter as many people think.

You probably know you can support your immune system by:

but did you know the echinacea plant is also helpful.

In my early days as a practitioner, I recommended Echinaforce, to a client who spent most winters on antibiotics.

At the time, I was not sure how much it would help.

What I did know was that Bioforce (as it was called then, now A Vogel) was a reputable company, with organic liquid products.  I prefer liquid as it is more easily absorbed than tablets, partly due to the fact many people are dehydrated.

I also knew the Urva Ursi, a remedy, I  had taken for cystitis had worked brilliantly for me. It was even more effective than antibiotics. I figured that if that one worked then may be Echinaforce would too.

My client decided to take Echinaforce.  He was ready to find something that could help.  That year, he ended up only needing three lots of antibiotics, for the whole of that winter, and only one the following year.

This convinced a sceptic like myself, that herbal remedies, even though they are natural,  they are really powerful!  They  also have the added bonus that they rarely have unwanted side effects.

I needed to be convinced then, we’re talking about 20 years ago,  as I had not long come out of nursing school. I had been brainwashed that plants and natural remedies could not help, despite the fact most drugs come from plants!  Thankfully I could see through the hypocrisy and followed my own path!

Here is  lots more information about colds and flue to help you through the changes in season, as well as suggested remedies.

Until next time, be well!